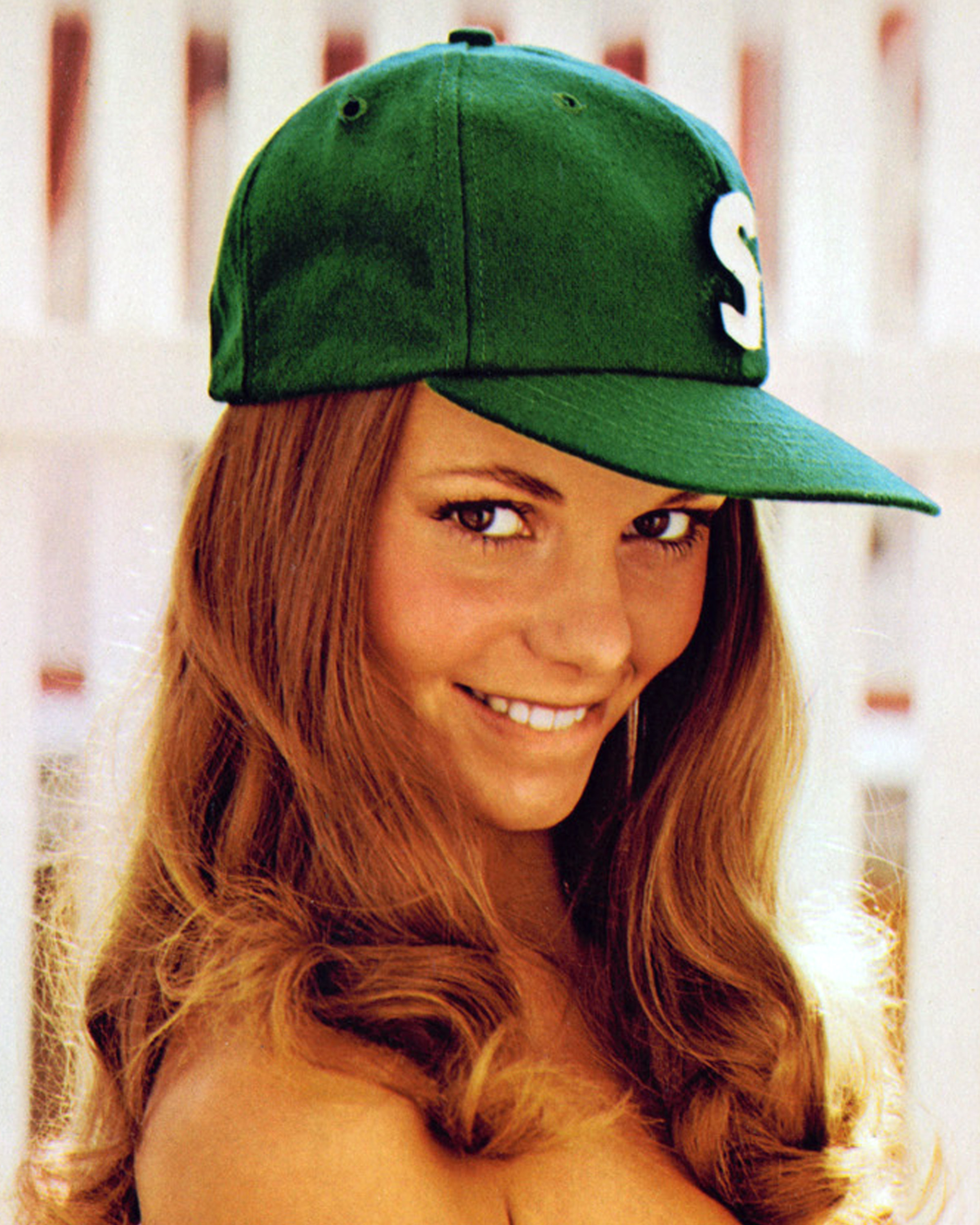 Sandy Johnson Playboy Headshot from the June 1974 issue. Signed by Sandy Johnson Halloween's Judith Myers. High-quality 8"x10" print. The price includes free shipping within the US and protective packaging. For photos shipped to areas outside the US, shipping options are shown in the cart. The autograph includes playboy playmate Sandy Johnson and "Miss June 1974". If your country is not included in the shopping cart options, please let me know. Best playmate Sandy Johnson Centerfold headshot.

Sandy johnson Playboy magazine's Playmate of the Month for the June 1974 issue. Mario Casilli took her picture for the centerfold. In 2008, a top-sheet graphic for the Burton Love 52 snowboard was made from a cropped image from this centerfold.

She went into acting after her appearance in playmate. With fellow Playmate Pamela Jean Bryant and eventual Playboy model K.C. Winkler, she appeared on Halloween (1978) as Judith Myers, Michael Myers' sister, and first victim, Gas Pump Girls (1979), and H.O.T.S. (1979).

To realize the cultural significance of the Sandy Johnson Playboy spread, one must first understand how popular the Centerfold Headshot is.

This is a genuine hand-signed photograph of Sandy Johnson from the June 1974 issue.

Please visit my other listings for a complete list of our other products! We also have a large quantity of signed playboy playmate Sandy Johnson photographs. If you're interested, please let me know. You can order now sandy johnson playboy autographed photos from here.

​NOTE: International buyers will receive a refund via PayPal for any shipping over-charges generated by the shopping cart system.

Sold out
Add to Cart